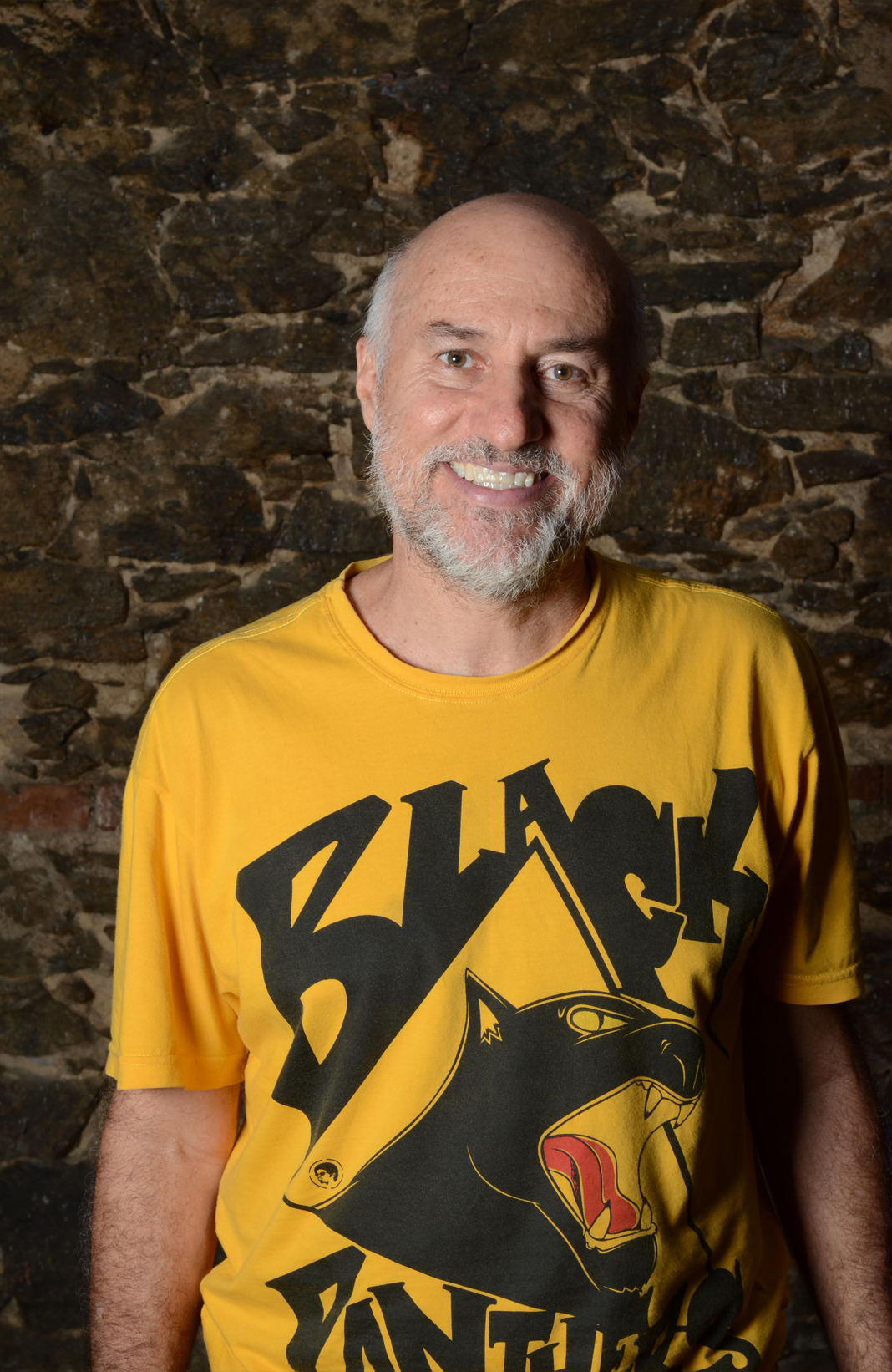 Founder and Board Director of ETP

Geo Britto, a veteran Joker. Member of the Board of Directors of School of Popular Theatre- ETP(Escola de Teatro Popular) organization created and founded by himself and Julian Boal. He worked for 32 years at the Centre of Theatre of the Oppressed-CTO in Rio de Janeiro and was one of the first generation of students who trained with Augusto Boal for 19 years.

The ETP have worked with many different grass-roots movements – housing, students, LGBT, land and others – come to learn, teach and become a multiplier. Geo Britto has coordinated and participated in many projects in slums, prisons, mental health institutions, education, cultural and human rights.

He graduated in Social Sciences from the Catholic University of Rio de Janeiro (1994) and has a Master in the Graduate Program in Contemporary Studies of Arts-UFF. 2013. He has experience in the area of Arts with emphasis in Theatre Direction. In general, from his education as Social and Political Scientist and simultaneously with the start of interest in the performing arts, he started a process to join the theory of the university campus with the practice of theater. Since 1990, when he met Augusto Boal and from this meeting he has not separated from him, learning continuously a lot in their workshops, laboratories and workshops. From 1993 to 1996 democratized politics through theater as they took the theater into the Municipality of Rio de Janeiro and took the camera for the squares, streets and slums, theatricalizing their discussions and creating the Legislative Theatre. His job, as proposed by the methodology itself, has always been broad and transversely on Human Rights. In this period built and formed groups of slums, street boys and girls, black movement, women, elderly, LGBT, mental health, peasants, ecclesial movements base, students, banking, domestic workers among others were built. After the mandate, and with the experience, I could take the work of the Theatre of the Oppressed, we can call it the Theatre of Human Rights to other social groups and to continue and deepen what they already did. Geo created, as other members of the Theatre of the Oppressed, what he called the Solidarity Network in which through the Oppressed Theatre performed theatrical dialogue where different oppressed groups had for each other. Different oppressed discovered how much their oppressors were similar and many came from the same “barracks”. Today, the Theater of the Oppressed is a present methodology in more than 50 countries on five continents, working on several fronts and themes, always with a human rights focus. He actively participated in the construction of this global network. He continued as a sociologist working not only in the classroom, but in the streets, squares, slums, prisons, settlements, mental health, schools; a practical and theoretical research with the Theatre of the Oppressed his everyday martial art, holding lectures, workshops and theatrical performances in Palestine, Bolivia, Mozambique, Egypt, India, South Africa, Argentina, Uruguay, Colombia, Peru, Mexico, Guatemala, Croatia, Portugal, Spain, Germany, England, Canada and U.S.A. He has a Master in Arts-UFF Federal Fluminense University and is also a father of twins.