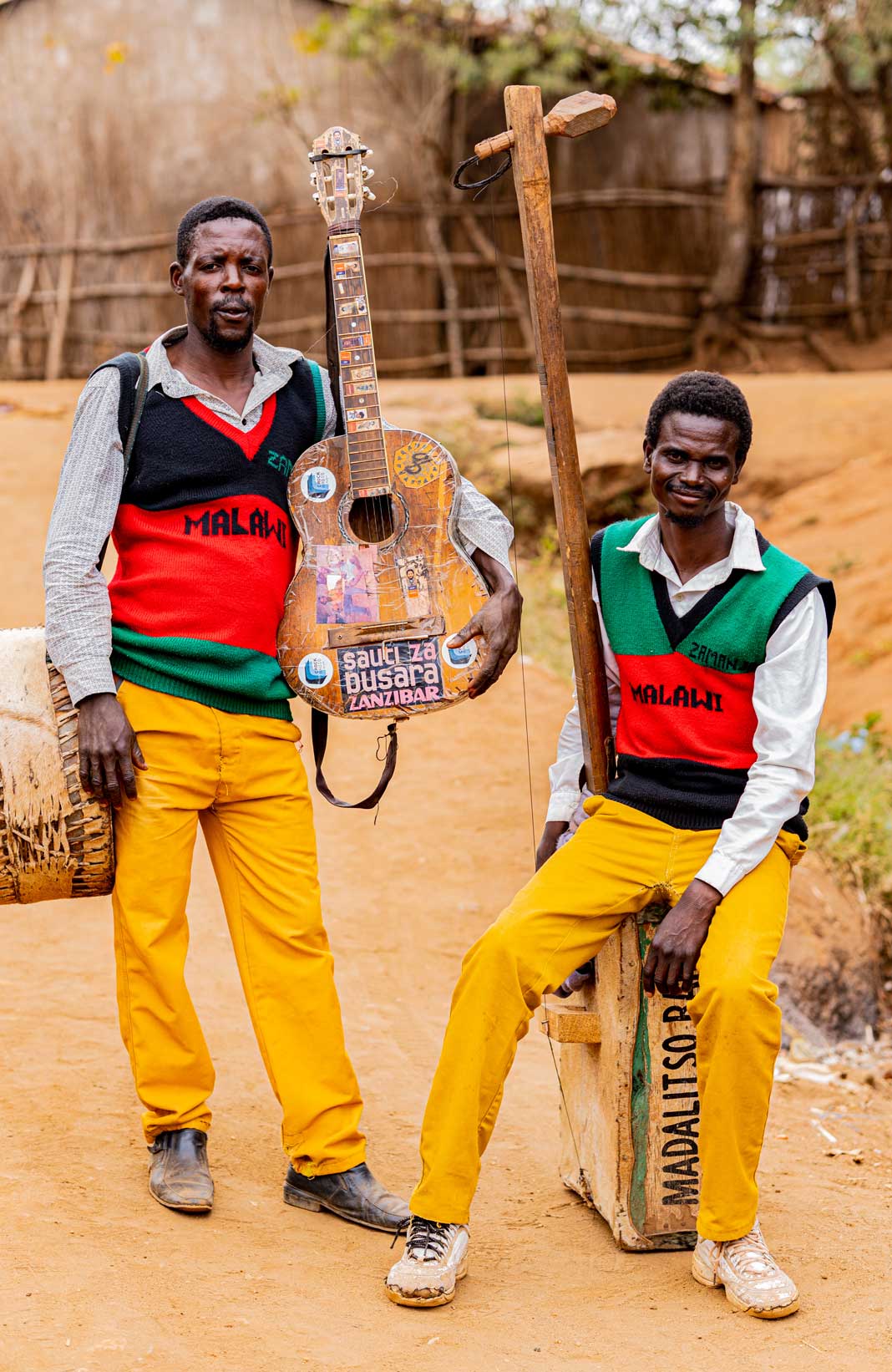 Madalitso band are a two man musical army from Malawi. Described as 'Uplifting and Vibrant' by the BBC, they get a crowd to their feet and big smiling. Their last album was produced by Bongo Joe records and the band has already performed at Womex 2020, Womad 2019, Roskilde 2018, Sauti Za Busara 2017 and many more.

Intuitive, authentic, and full of ruthless rhythms, Malawian Madalitso Band has taken Europe by storm. Madalitso will make you clap, dance, smile, and rethink everything you thought you knew about African sound and instrumentation. Madalitso is authentic to the core and coming on tour once again after demand from clubs and festivals around the world. The traditional duo from Malawi, who in the last year have been featured on BBC Africa, and performed at such festivals as WOMEX, WOMAD in UK, and Roskilde in Denmark, were first discovered by a local producer busking outside a shopping centre in Lilongwe in 2009. The connection that the musicians gained with each other through living this way for 10 years is evident in the way they burst onto the scene, after their very first performance outside Malawi, in 2017, at Sauti Za Busara in Zanzibar. 6 months later and they were on an aeroplane for the first time in their lives, to do a 2 week European tour, and wow audiences with their down-to-earth nature, and raw on-stage energy. The following year the tour was extended to 5 weeks with 22 shows, and in 2019, reached 9 weeks with 42 shows! A second album has spread the music further afield also, giving listeners a sense of the band as they would sound on the streets of Lilongwe. Wasalala, was released in March 2019 under Bongo Joe Records, a label from Geneva, who instantly fell in love with the Madalitso ethos, when the music inside is so strong that it says, "why should we buy our instruments, when we can build our own, and get the sound we want." The music inside Madalitso Band is SO strong, and it comes out effortlessly, full of syncopated rhythms, lush harmonies and a solid back beat. Two nice guys from the village in Malawi, smiling their way around the world and bringing dancefloors to life. What's there not to like about that.