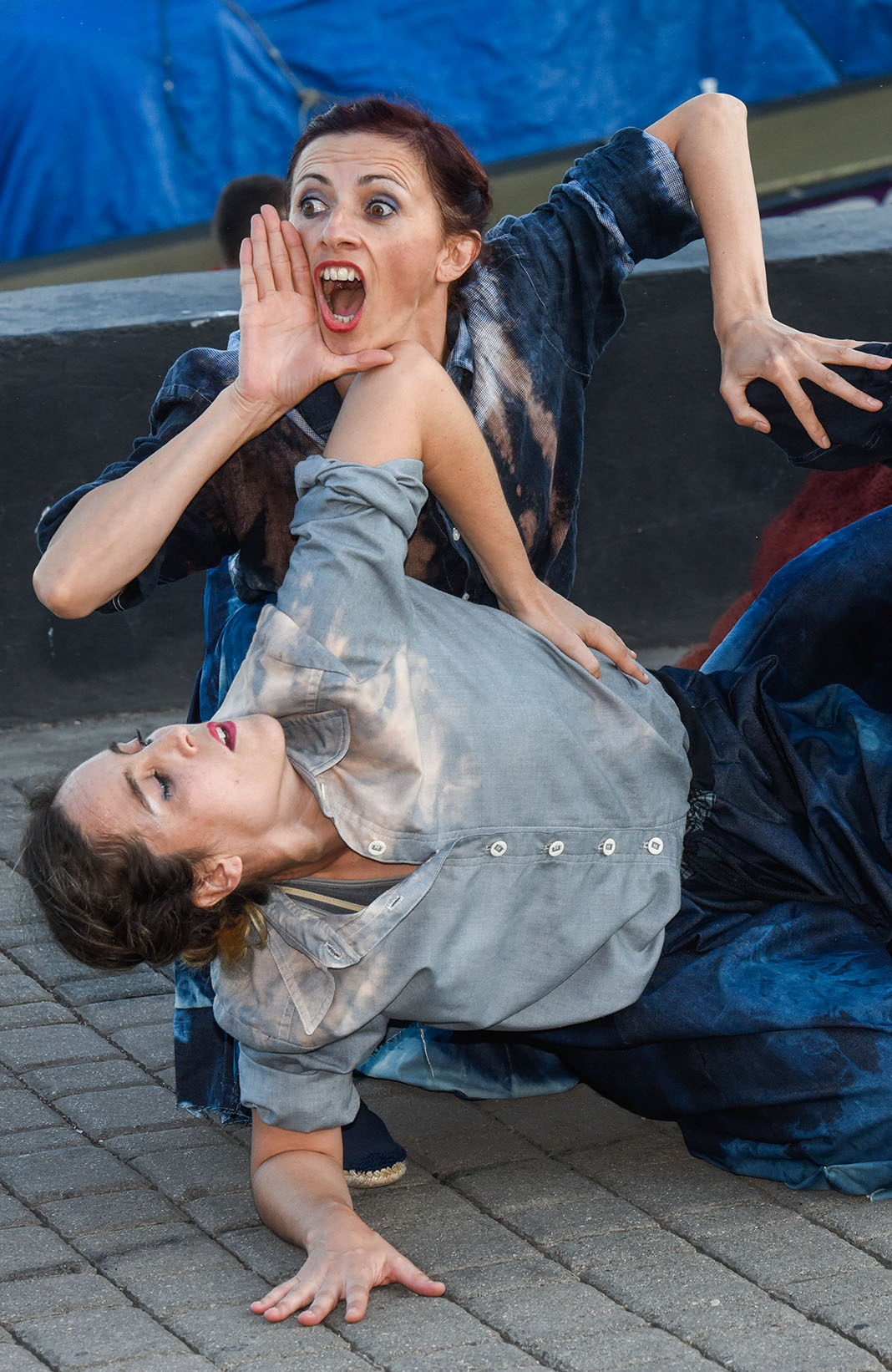 ORGANIK was founded in 2002 but it is from 2007 when it has a continuous creative activity. Since 2011 it has been one of the two consolidated companies in the Basque Country (Department of Culture of the Basque Government) for its trajectory and educational project in schools with adolescents.

Natalia Monge has directed ORGANIK since its inception.

In his creations, he starts from personal aspects and transfers them to the current universe to share the human side that worries us in this Western society.

From a language between text and dance, he uses movement as a vehicle of expression and emotions to talk about what interests him. In his compositions he looks for different landscapes through his connection with the world of sound and generally from an ironic point of view.

In 2002/03, he created the street shows Tellagorri and Tellagorri BI in the popular festivals of his municipality, Getxo. In 2004 he created ES3IN and in 2007 +ES3 where he repeats a team of six performers mixing dance, theater and live music and delving into stress from humor. Malditas en 2008 is ORGANIK's most ambitious project co-produced by 5 Festivals (Umore Azoka in Leioa, TAC in Valladolid, Kaldearte in Vitoria, Kalealdi in Bilbao and dFeria in Donostia). Tour in prestigious Festivals in the Peninsula, and abroad: Colombia, Argentina (Córdoba and Buenos Aires) and France (Libourne). Malditas travels from terror to humor. In 2012 he premiered his street dance work Carneros, a duo in which the ram fight is questioned as a gambling game between the Basque winners. Visit, among others, the Fairs of Tárrega, Valladolid, Chalon and Festivals of Havana, Libourne, Bordeaux and Manchester. In 2015 he created the street version of Irrintzi as a co-production of Aterpean (Renteria, Biarritz) which is a tribute to the popular Basque cry, visiting festivals in the Basque Country and South Korea.

In 2003 he created Tú o yo and in 2006 the music and dance improvisation work Serie Impros. In 2008 in Lilas he works with three dancers and talks humorously about female hormones. In 2010, with the Maniátic@s trio, he ridiculed the manias that all humans have. It toured in numerous theaters in the Basque Country and Spain and made a tour in the province of Barcelona. In 2012, In Corpore Sano satirizes the world of diets and gyms with 4 dancers, reflecting on the sense of guilt inherited from ancestral beliefs. In 2014 Txapeldun shows us the multiple experiences of a champion. The renowned accordionist Kepa Junkera contributes with his music that part of the Basque roots from which we work in Txapeldun and in the dramaturgy he collaborates with the theater company El pont Flotant. In 2016, the room version of Irrintzi IN was born, in which two dancers and a musician travel in a sound universe full of irrintzis, vindicating the scream as a means of liberation and explosion of emotions.

Through an approach to the creative process of a show since 2011, ORGANIK has carried out a project to raise awareness of dance in schools with adolescents in the municipalities of Getxo, Sopelana and in the province of Barcelona (Anem al teatre programme).

Graduated in Physical Education interested in Corporal Expression. Graduated in Choreographic Composition at the SNDD (School for New Dance Development, Amsterdam). She works as a dancer with the Circus Wonder company (Les Ballets C. de la B.) in Holland, Belgium and France. With the piece "d´k´me you speak...?" wins the second prize in the VI Masdanza International Contemporary Dance Contest in the Canary Islands. Since 2002 he co-founded and directs ORGANIK directing all the pieces mentioned above.