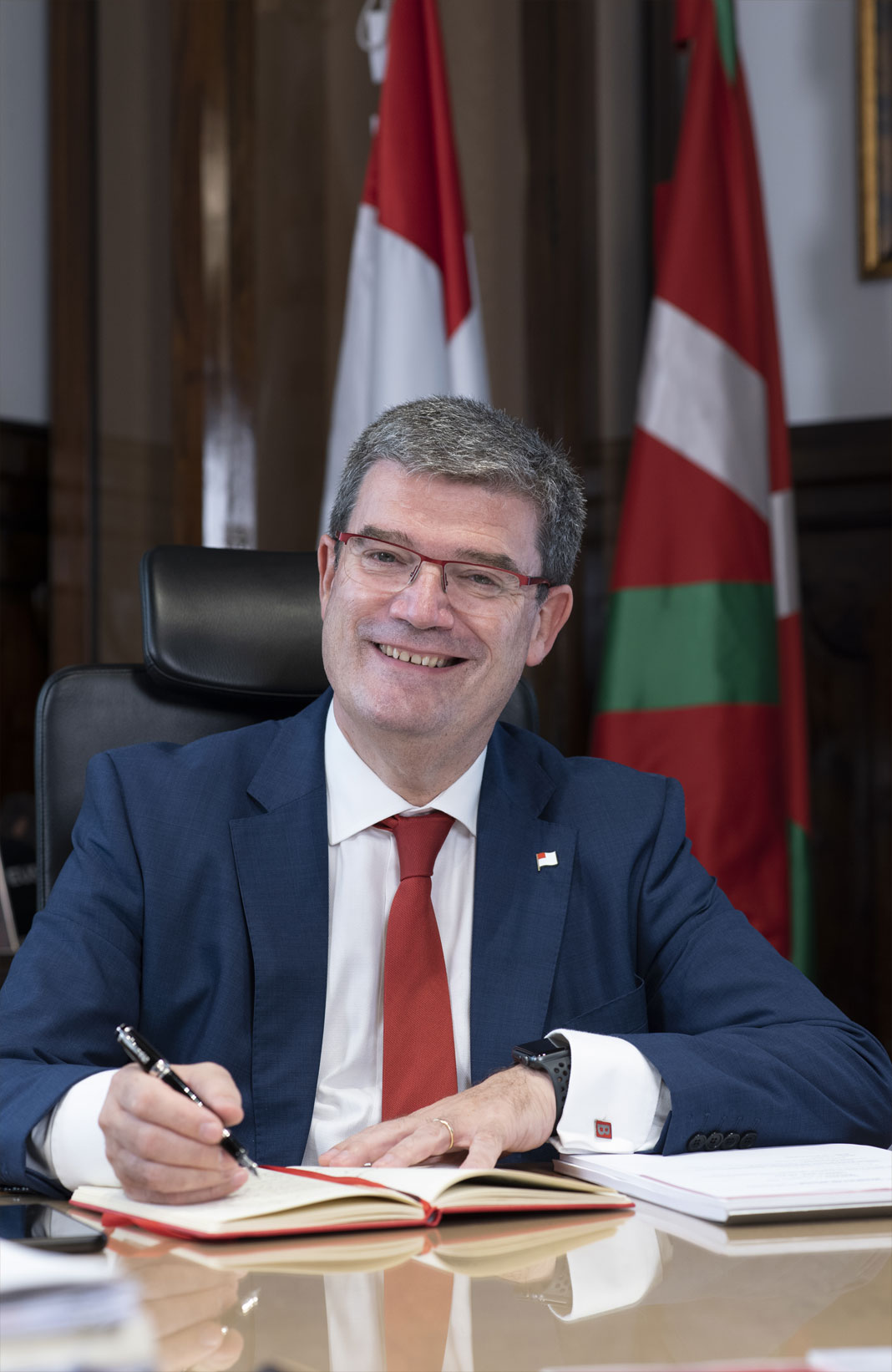 Juan Mari Aburto was born on March 28th 1961 in Bilbao. He received his Bachelor’s degree in Law at Deusto University and holds a Diploma in Economic Law and Evaluation of Public Policies.

Due to his social commitment, his professional career has been always focused on the public sector in the fields of social affairs and public policy. Initially, he served as Director of Services at the Department of Home Affairs in the Basque Government. Mr. Aburto has hold different positions in the Government of Biscay, among others: Representative at the General Assemblies, General Manager of Legal Regime and Public Service, Minister for Social Policy, Spokesman of the Government and Minister of Presidency and Deputy President of the Government of Biscay. He returned in 2012 to the Basque Government appointed as Minister of Employment and Social Affairs and in 2014 he stood as a candidate at mayoral elections. Mr. Aburto was elected Mayor of Bilbao in 2015, (Euzko Arderdi Jeltzalea - Basque Nationalist Party), and he was re-elected in 2019.

Mayor Aburto is a man of strong moral principles and deep humanist beliefs. He is a great advocate for basque welfare state, citizen engagement and sound governance. He speaks fluently, Spanish, Basque and English.